“One thing is for sure; if you want to get into the right mood for the upcoming Christmas season, this is undoubtedly the movie for you,” wrote Film Topp.

Just in time for the holiday season, TriCoast Entertainment will digitally release director Jacob Ley’s (The Secret Life of the Ice Flower) Swedish/Danish animated feature, FINDING SANTA (aka ‘Den magiske juleæske’), a heartwarming tale to be enjoyed by all ages.

Written by Ley and Sanne Munk Jensen, “The animation is mainly stop motion. This minimalistic form of animation makes a great appeal to the creativity of the makers, at both story and animation level,” wrote Film Topp.

As a beautifully animated Christmas tale, FINDING SANTA takes place in a small orphanage located in the snowy Danish countryside. Inside live eight children, one of whom is Julius – an eight-year-old boy who is obsessed with Christmas. But when he faces conflict with two other children, Greger and Pip, Julius hides inside his Christmas box – only for it to take flight with magical powers into a winter wonderland world. Julius adventures are just beginning, as he faces the scary Krampus, who has taken over the Winterland and Tomten, leaving it up to Julius to find Tomten. Along the way, Julius receives help from unlikely friends – a golden angel and a living marzipan pig. 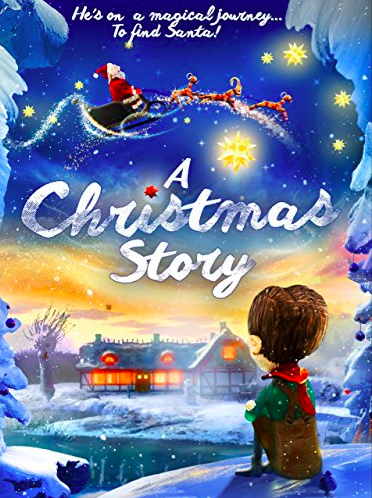 Full of enchanting animation and delight, FINDING SANTA is a holiday feature that will reinforce beliefs in the Christmas holiday, appealing to all ages.

“FINDING SANTA is a sweet and gentle animated film,” wrote The Inner Circle.

TriCoast Entertainment is a premium Domestic Distributor, representing the best of U.S. and international films: in theaters, on VOD, on DVD and TV. Sister company to TriCoast Worldwide and TriCoast Studios, the company is located at the Studio facility in Culver City, Los Angeles. Founded by: Strathford Hamilton and Marcy Levitas Hamilton.https://www.tricoastworldwide.com/.

What Is More Progressive: Programming, Graphic Design, Or 3D Animation?

Animation Alerts is your latest resource over alerts for Animation and Graphics. We provide you with the latest updates, interviews and news straight from the animation industry.
Contact us: animationalerts [at] gmail [dot] com

Pocket Guide to Getting Started in Data Visualization Using Graphs

Trends in Web Design for B2B Companies in 2021

What Is More Progressive: Programming, Graphic Design, Or 3D Animation?

This website uses cookies to improve your experience while you navigate through the website. Out of these, the cookies that are categorized as necessary are stored on your browser as they are essential for the working of basic functionalities of the website. We also use third-party cookies that help us analyze and understand how you use this website. These cookies will be stored in your browser only with your consent. You also have the option to opt-out of these cookies. But opting out of some of these cookies may affect your browsing experience.
Necessary Always Enabled
Necessary cookies are absolutely essential for the website to function properly. This category only includes cookies that ensures basic functionalities and security features of the website. These cookies do not store any personal information.
Non-necessary
Any cookies that may not be particularly necessary for the website to function and is used specifically to collect user personal data via analytics, ads, other embedded contents are termed as non-necessary cookies. It is mandatory to procure user consent prior to running these cookies on your website.
SAVE & ACCEPT